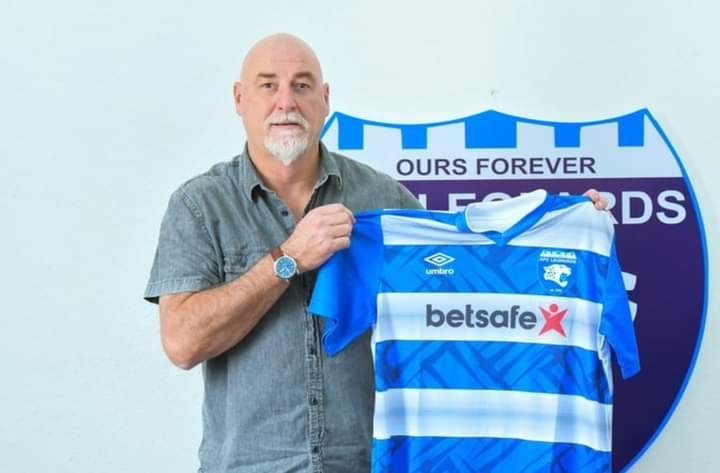 AFC Leopards captain Robinson Kamura has hailed coach Antony ”Modo” Kimani who left the club this week after guiding them to a barren draw against Gor Mahia on Sunday, in his last assignment.

Through a post on his official social media pages, the Ingwe central defender thanked Kimani for his guidance and for the fatherly guidance to the players.

Kamura who has worked with Kimani since their days at Mathare United wished his immediate former coach best of luck in his endeavors.

“Sad to see you leave us. I will forever be grateful for the opportunity to be coached by you,”Kamura wrote.

Kamura recently renewed his contract with Leopards after protracted negotiations and Kimani is believed to have played a part in him committing to Ingwe.

Meanwhile new head coach Patrick Aussems took the squad through their paces Tuesday in his first training saying his goal is to help the big cats reclaim their spots.

The former head coach of Tanzanian giants Simba SC, AC Leopards and Black Leopards  is facing a tough task of guiding Ingwe to their first league title in 22 years.

He inherits a team perched at position four on the 18-team FKF PL table on 19 points after six wins, two losses and a draw.

Oguna: Second Huduma registration to start in May