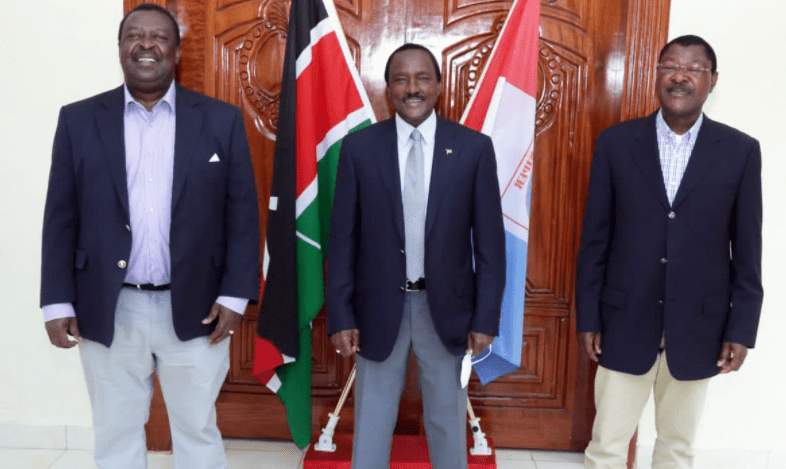 Wiper leader Kalonzo Musyoka, his Amani National Congress (ANC) counterpart Musalia Mudavadi and FORD-Kenya’s Moses Wetangula now say they have agreed to work together ahead of the 2022 polls.

The leaders who were joined by Kitui Governor Charity Ngilu held a day-long meeting at Stoni Athi Resort in Machakos County on Wednesday.

The leaders vowed to ensure that Kenyans overwhelmingly pass the Building Bridges Initiative (BBI) report during next year’s referendum.

“We’re walking to yonder, and we will walk together…this is not an invention, we have done so before; not once, not twice,” said Wetangula.

Mudavadi, on his part, said: “There is something I want to ask Kenyans, we need to dispense of this debate called BBI…tumalizane nayo. Two and a half years we have just been talking about BBI, we should not get to 2022 still talking BBI.”

“For the avoidance of doubt, this group fully supports the BBI…hiyo ni wazi kabisa, in fact Mudavadi was telling me that is like a done deal. But we’re also saying that what is before Kenyans right now is a draft bill, when IEBC finishes verification of signatures they will then frame the final bill,” stated Kalonzo.

Governor Ngilu urged the leaders to walk hand in hand telling them that none of them can save the country on their own if they go apart.

ODM to form the Next Government after Referendum – Edwin Sifuna says.