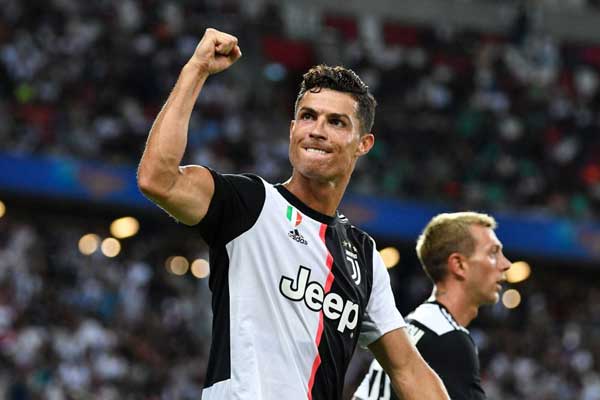 The latest twist in Paul Pogba’s Manchester United ordeal could pave the way for Cristiano Ronaldo to make a sensational return to Old Trafford.

The Frenchman has found himself in limbo at United after his agent Mino Raiola recently went public to state his time at Old Trafford is ‘over.’

Pogba has made no secret of his desires to leave United, and now it has emerged that a return to Juventus may be on the cards, in a switch which would bring about an emotional reunion between United and Ronaldo.

According to the Independent’s chief football writer Miguel Delaney, Juve are serious about capitalising upon Pogba’s unrest and a swap deal for Ronaldo is not entirely out of the question.

Speaking on the Football Ramble show, he said: ‘Talking to people during the week because I’ve been doing something on the Paul Pogba situation, which is connected to Ronaldo, and the fact that Juventus might actually be interested in a swap.

‘It’s not impossible. Connected to all that was the view that ultimately, Juventus are trying to install this collective idea of football.’

Ronaldo is now 35 and is by far and away the highest earner at Juventus, understood to be earning in the region of £30million per year.

The Serie A giants are mindful of reducing their wage bill as they build for the future under new coach Andrea Pirlo, and are also said to be planning for a more balanced style of football in the coming years.

Delaney added: ‘They [Juventus] tried it with Sarri, now they’re trying do it with Pirlo, but that is almost impossible to do while Ronaldo is there, because the way he plays, he just doesn’t really fit into that collective approach.

‘Now, obviously that was not a problem at all when he was at his absolute maximum, but now it means, even more than ever, Juventus have to play a certain way.’

Juve also have options when it comes to a potential deal for Pogba, with the Italians heavily linked with a swap dealing involved Paulo Dybala.

The Argentine is out of favour in Turin and would represent a better long term investment for United, given he is eight years Ronaldo’s junior.

A guide to dressing up appropriately and stylishly for a formal event.

Manchester united Vs Villareal in the Europa final.

The new deal for Messi