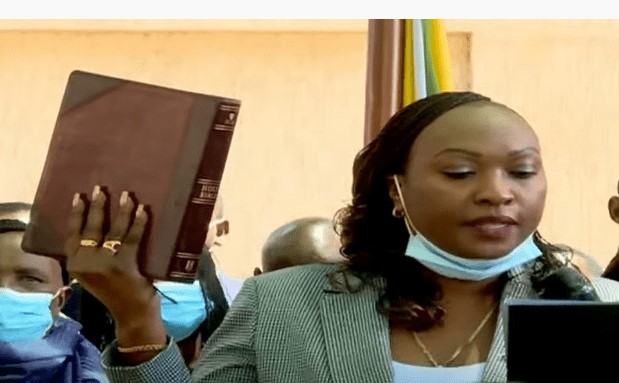 A petitioner has moved to the Judicial Service Commission (JSC) seeking to have High Court Judge Anthony Mrima reprimanded.

Mr Henry Shitanda filed a petition with the commission challenging the judge’s ruling on a case which sought to have the vetting of Nairobi Deputy Governor Anne Mwenda Kananu stopped.

The petitioner accused the judge of letting his ruling be compromised by personal bias.

Mr Shitanda further observed that the judge did not consider that impeached Nairobi Governor Mike Sonko had withdrawn Kananu’s nomination in December 2020.about:blank

Justice Mrima declined to issue orders blocking the vetting of the deputy governor noting that there would still be other legal avenues to remove her despite the vetting process.

The Thirdway Alliance Party also released a statement condemning the rush to vet and swear-in the deputy governor.

“Never in our nation’s 60 years history, and especially under the 10-year-old progressive Constitution have we witnessed such blatant state-sponsored attacks on constitutionalism,” the statement read in part.

A man detained by DCI for shooting a KDF Officer.