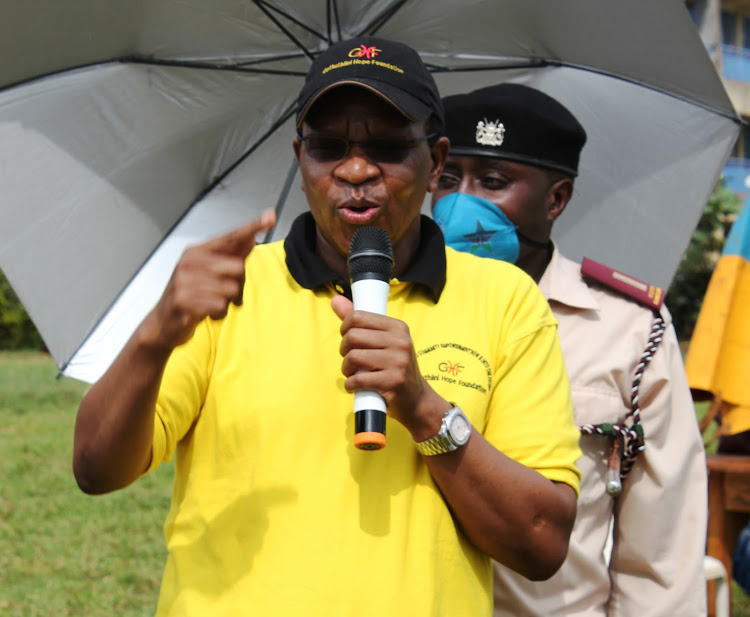 The government has so far printed about 20 million copies of the BBI document which have already been distributed to wananchi, Interior PS Karanja Kibicho has said.

The copies include 10 million that were printed over the last 30 days.

Kibicho on Saturday said the government press has been printing every day since the document was launched.

“I want to assure you that the printer has been working daily in order to make sure that the popular version of the document, whose language has been simplified, are readily available to wananchi,” Kibicho said.

He was speaking in Ndia, Kirinyaga county.

He said his department under which the printing services are being carried out, will continue undertaking the task.

He urged Kenyans to read the document with a lot of sobriety so they are able to make the right decisions.

Kibicho urged Kenyans to also access the document in soft copy via their smart phones.

The PS told off critics who have been claiming there was a shortage of the BBI copies, saying they were pushing selfish interests.

“A lot of Kenyans now have smartphones and other modern gadgets and it’s apparent that they visit the internet to read e-newspapers and surf through other information. If they can afford to use the internet for other purposes, why not download the BBI document and read?” Kibicho said.

The PS asked residents to support the BBI, saying it will benefit all Kenyans through fair resource allocation and equal representation.

He said the proposed changes will reinstate critical institutions that will go a long way in helping farmers.

“We need to secure our future not by promises but through a pact. Through that, we can breathe easy, knowing that our people’s interests are protected. Those fighting BBI are enemies of both Uhuru Kenyatta and me.”

Kibicho also defended the national government saying it has allocating to counties their 15 per cent share of national revenues and that no county had ever failed to receive its share despite delays.

He disagreed with those advocating for a legislative method in enacting the proposed 35 per cent allocation to counties.

The PS said previous stalemates that have characterised such a model in the past have proved to cause inconvenience.

For instance, he cited the third basis for revenue sharing formula that was passed by the Senate after 10 failed attempts last year.

Kibicho said the BBI will also avail more funds for CDF that will translate to more bursary for learners.

He noted most students were not able to realise their full academic potential because many of them were unable to raise fees. He said some students require scholarships and not the little bursary allocations they get through CDF.

“Some students who come from less populated areas benefit a lot with the education kitty as compared to the ones in the densely populated areas. Students in some wards enjoy scholarships of Sh100,000 per person while others have to cope up with Sh2,000. These unfair allocation formulas are some of the ailments that the BBI is ready to cure,” Kibicho said.

The PS said the BBI will greatly benefit Mt Kenya region where institutions that add value to agricultural activities will roar back to life.

He said the proposed changes will create additional constituencies that will translate to more CDF allocations and leadership closer to the people.

Kibicho was speaking in Ndia constituency during the commissioning of four new classrooms, desks and a teachers’ ablution block at Gathuthi-ini Primary School.

The project was undertaken by Gathuthi-ini Hope Foundation where Kibicho is the patron.

He said the foundation will carry out massive development projects within the institution and the neighbouring Gathuthi–ini Secondary School.

“We undertake these empowerment projects not because we are interested in certain positions, but because we believe it’s the right thing to do,” Kibicho said.

The PS had earlier held a closed-door meeting with all the 33 Kirinyaga MCAs where matters of the BBI were discussed.

“I challenged them to point out any of the proposals therein that will subject Mt Kenya residents to unfairness and there was none,” he said.

The bill was last week committed to the county assembly’s justice and legal affairs committee who are expected to subject it to public participation this week.