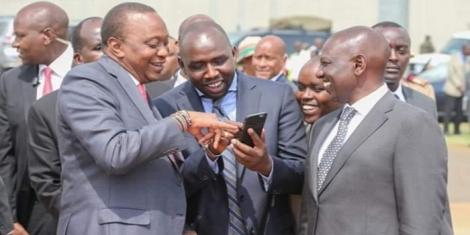 Hustler Nation spear headed by Dr. William Ruto and his allies have unsubscribed from premium news alert 411, saying that it was the state`s tool for spreading propaganda.

They have asked their supporters to follow the suit as a show of solidarity to the hustler nation. Many other leaders from the DP`s camp such as Oscar and Nelson Koech also boycotted the news alert.