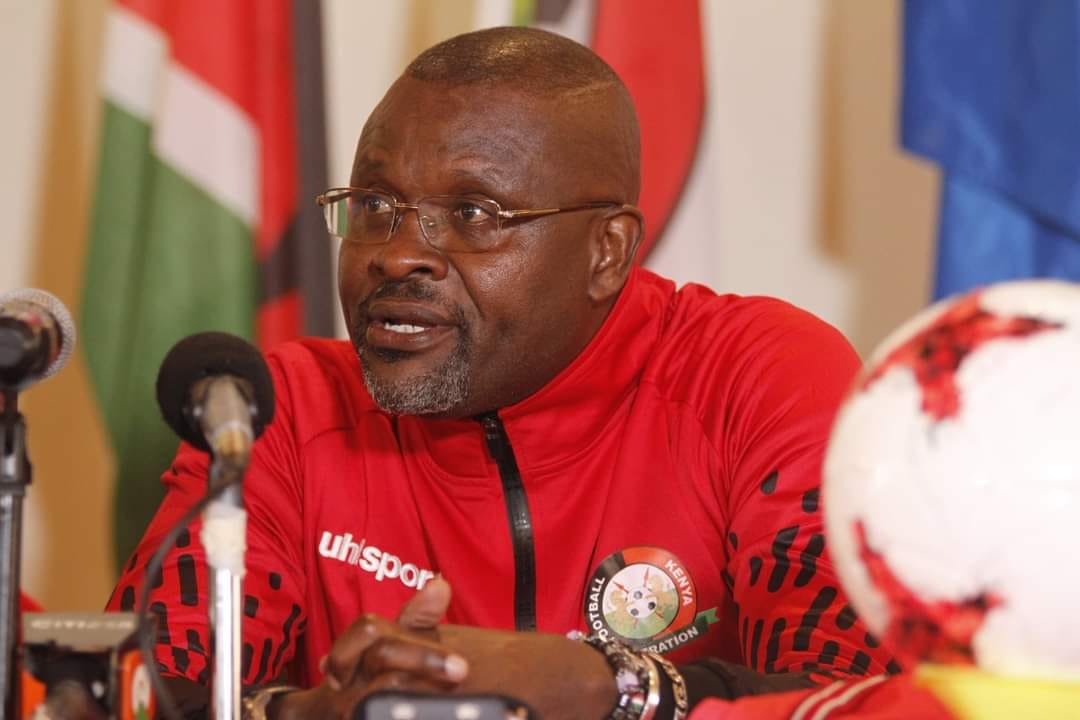 Harambee Stars Coach Set to Name His Squared Ahead of the Cosmos Double.

Harambee Stars head coach, Ghost Mulee, is set to name his provisional squad today at 12pm ahead of the Comoros double header next month.

The new national team tactician also assures they will do all they can to have the foreign-based players available for the upcoming Afcon qualifiers.

‘Ghost’ took over the mantle to handle the national team on a three-year contract after the Football Kenya Federation (FKF) parted ways with Francis Kimanzi five days ago.

In the last international break friendly against Zambia, Kenya missed the services of at least five professional players due to various reasons, but the new man at the helm of the team has now come out to assure that all the foreign-based players who are in his plans will be available for the clash.

“It is a tricky situation now dealing with foreign-based players, I say tricky because some clubs will not want [or will not be comfortable] to release their players to honour national team duty owing to the Covid-19 restrictions,” Mulee told Adolph Media.

“We hope the clubs will also understand and release the players we need for the double-header.”

Among the professionals who missed the Zambia friendly, which Kenya won 2-1, include goalkeeper Arnold Origi, who was returning to the team after five years out, captain Victor Wanyama, midfielder Johanna Omollo, defender Joseph Akumu, and striker Michael Olunga.

On what he wants to achieve with the team, the 52-year-old tactician explained his desire is to always see the team taking part in the Afcon finals consistently.

“It’s a good thing that the Federation has shown confidence in what I can do. I have been following the team in recent times and I see a lot of quality in the team,” Mulee continued.

We are coming with a great political force , Raila warns his opponents ahead of 2022.