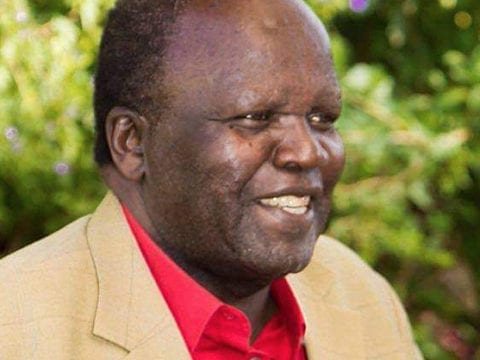 Former Ndhiwa MP Zablon Owigo Olang’ has passed on at the age of 81, the family said on Sunday.

His brother Ezekiel Olang’ said the former MP who battled a long illness died while he was being rushed to St. Camilus Hospital in Nyatike.

Mr. Olang’ said his brother had returned from hospital a few weeks ago and was recovering well at home under the care of his doctors until Sunday afternoon when his condition deteriorated.

The deceased served as a one term Assistant Minister for Constitutional and Justice Affairs between 1979 and 1983.

In 2003, former President Mwai Kibaki appointed Mr. Zablon Olang’ as Board Chairman of the The Lake Basin Development Authority (LBDA).

On Sunday, leaders sent condolences message to the family.

Migori Governor Okoth Obado described the deceased as a mentor in political circles and a leader who contributed to the development of the county.

Former Rongo MP Dalmas Otieno said the late Olang’ will be remembered for his hard work.

SONKO vows to take a 10 year sabbatical from politics

Dormitory Housing 280 Students Burns Down At School In Migori