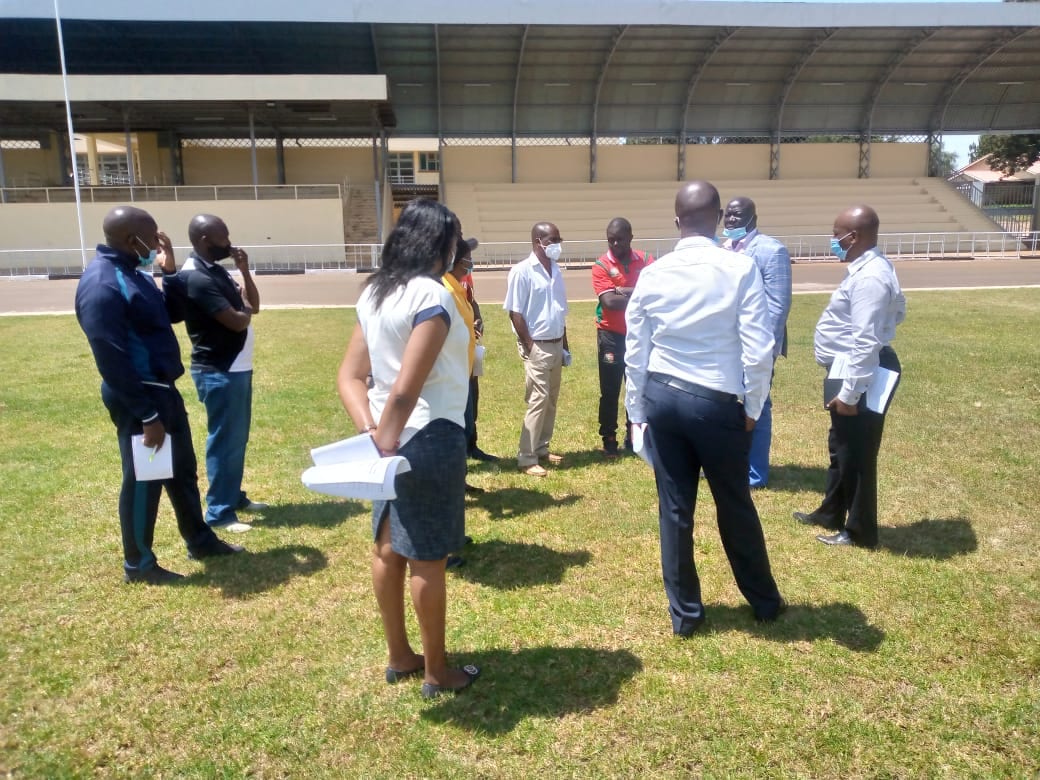 Despite the Kinoru Stadium renovation works nearing completion, the Football Kenya Federation (FKF) has given thumbs down to the newly refurbished facility to host league matches owing to the sub-standard playing surface.

During an inspection tour on Tuesday, the FKF technical committee chairman Muriithi Nabea expressed dissatisfaction on the level of compliance to the world standards at the facility which is being rehabilitated at a cost of Sh900 million.

Nabea took issue with the quality of the grass used by the contractor who is undertaking the renovations warning that once complete the pitch will not withstand heavy use, all year round.

“The biggest problem with the works at the facility is the playing surface that needs correction because the contractor has gone for the wrong choice of the grass. With the current standard, the facility cannot host even the third tier league matches,” Nabea who is also a NEC member for Eastern Region told Citizen Digital.

However, the FKF International Matches Organising Committee chairman Michael Majua who was also in the tour, observed that most of the other infrastructure facilities at the stadium has measured up to the international standards.

“So far we are satisfied with the other parts of the stadium only few areas like the playing surface which we hope the contractor will right his mistakes. Once corrections are done, we will be ready to host both FKF and International matches,” stated Majua.

On his part, Meru County Sports CEC Koome Miriti said completion of the works at the 30,000-seater facility has delayed owing to last minute changes being made to meet the international standards.

“The facility was supposed be handed over to the county government by end of last year but the contractor told us that ‘many’ changes have derailed his plans to beat the set timelines. According to the contractor the works will be over by end of this month but the pitch is the only area which will hold us because we must make some corrections,” he said.

The stadium has four changing rooms for teams and an extra two for officials. It also has VIP Lounges, a press conference room, and a media tribune.

Once ready the facility will also have additional basketball, netball, tennis, and volleyball courts.

Man To Serve 40-Year Jail Term For Defiling His 15-Year-Old Daughter, Infecting Her With HIV