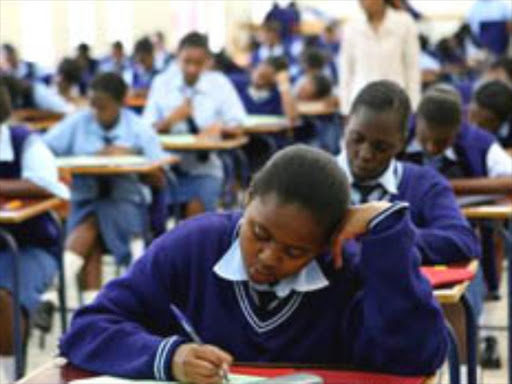 The marking of this year’s national exams may be less stringent compared to previous years.

The Education ministry has promised no child will be disadvantaged in the examinations.

Education CS George Magoha recently announced that the setting and marking of the KCPE and KCSE exams will factor in the time learners lost during the nine-month Covid-19 shutdown.

He did not, however, explain how the exam will be designed or administered to achieve equity.

“You don’t have to be afraid because we know you were not in school for nine months,” Magoha said. “Our job as teachers is to pick what you have in your brain, not what you don’t have.”

Form 4 and Std 8 candidates reported back to school last October.

Some stakeholders have proposed the government wait for the exam results and standardise the scores.

Kenya is not the only country grappling with how to ensure fairness in education.

In the United Kingdom, pupils will have advance notice of topics to be examined and will be allowed to bring in aids such as formula sheets.

Students who miss exams because of coronavirus will also have an opportunity to re-sit them or to be assessed on the results of other tests in the same subject.

A similar proposal has been fronted in Kenya.

However, the Kenya National Examination Council does not have a history of or mechanism for administering substitute exams in its 30 years of existence.

Other stakeholders have pushed for a revised marking system for this year’s tests.

Magoha’s announcement followed the release of the Knec report on learning losses suffered during the pandemic.

The study sought to establish Std 8 pupils’ performance levels in subjects examined in KCPE after the prolonged closure of schools.

The report showed half of the candidates could barely make the 50 per cent cut-off mark in the test administered in October.

However, the CS said the report was outdated and the situation had improved in the 12 weeks since the October reopening.

It was envisaged that the assessment would give insight into the loss occasioned by the lack of face-to-face learning and limited access to remote learning. It was to highlight areas for targeted intervention.

“I thank primary school teachers who used assessment results to address all the gaps that may have arisen from the learners’ long stay at home. I am confident the candidates will excel in their examinations,” Magoha said.

Magoha may be of the opinion that since the reopening much has been done to make up for lost time, but some stakeholders think the report is indicative of what awaits the KCPE and KCSE classes.

The assessment revealed that pupils in schools located in urban areas registered higher mean scores than their counterparts in rural schools in all subjects assessed except in Kenya Sign Language.

National Parents Association chairman Nicholas Maiyo says learning gaps hit those in poor and rural set-ups the most during the shutdown due to lack of virtual learning.

“If you look at the performance of those in urban areas, it was better compared to those in rural and those in private schools outshone those in public schools,” he said.

“This is because both those in private schools and urban areas are better equipped with devices, internet, mobile data and other resources to continue learning even when out of school.”