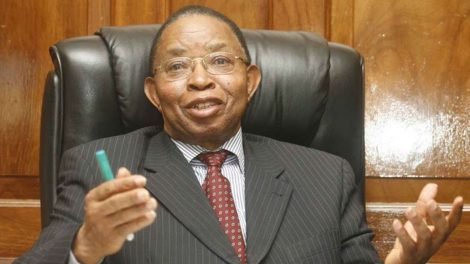 EVAN GICHERU, the man who robbed Raila the presidency

Former Prime Minister, Raila Odinga, is among leaders who have reacted to the death of Retired Chief Justice Evan Gicheru.

In a message posted on his official Twitter page, Raila struck a conciliatory tone when remembering the man who once swore in his ex-political rival, former President Mwai Kibaki, at a dusk ceremony in December 2007 following a bitterly disputed General Election, and in the process robbed him the presidency.

“I remember Rtd Chief Justice Evan Gicheru as a great legal mind and the man on whose shoulders we placed the burden of returning the country to the Rule of Law after the 2002 transition. He did his best under difficult circumstances,” the former Prime Minister said.

“My thoughts and prayers are with his family,” he added.