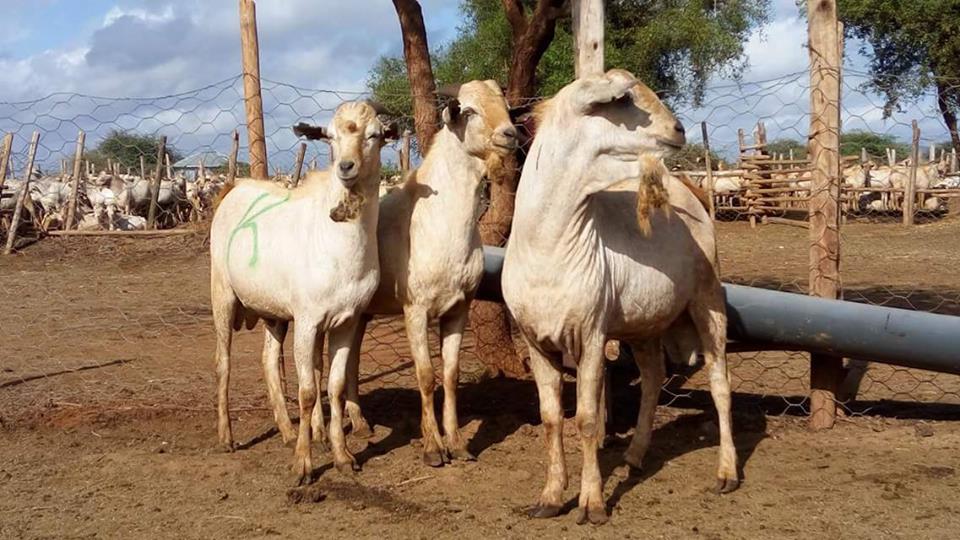 Goat farmers will, from beginning of next year, access high quality semen for breeding locally as completion of a genetics lab being set up by the government remains on schedule.

The modern facility to generate quality dairy goat semen is being put up at the Animal Health and Industry Training Institute (AHITI) Ndomba in Kirinyaga County, at a cost of Sh400 million.

Construction is at 60 per cent and expected to be completed by beginning of the year, Agriculture Cabinet Secretary Peter Munya said, Friday, after inspecting progress of the works.

He said improved breeds will increase goat milk production from the current average of two litres per animal to eight.

Decision to build a centre locally, he added, was arrived at after an evaluation found the cost of importing the goats and semen prohibitive and unsustainable.

Agriculture CS Peter Munya and his entourage are taken through the process of semen preservation at Kirinyaga nitrogen plant.

“It is after considering the high importation costs that the government and stakeholders in the dairy goat sector came up with this project, the first of its kind in the East and Central African region,” he said.

Farmers will access the high-quality semen for breeding at Sh200 a dose from the source and Sh500 from Artificial Insemination agents.

The project is being spearheaded by the Kenya Animal Genetic Resources Centre (KAGRC), a State corporation mandated to produce, preserve, and conserve animal genetic materials and rear breeding sires for provision of high-quality disease-free semen.

“These day-old chicks of the Improved Kuku Kienyenji variety are in high demand in this country and once we start mass multiplication at this facility, our farmers will certainly benefit a lot,” Munya said.

Section of the lab being put up at the Animal Health and Industry Training Institute (AHITI) Ndomba in Kirinyaga county.

The plant is also equipped with a semen-sexing machine to enable the farmer to acquire the desired sex depending on purpose.

Ndaragua MP Jeremiah Kioni, who accompanied the CS during the tour, said projects which improve the life of the farmers such as that one, are the mark of exemplary leadership.

“Let us assist our people with projects like this one which is going to play a key role in improving the lives of women and youth instead of engaging in empty politics,” he said.

“This is going to become a one-stop-shop for our farmers since they will be accessing high quality dairy goat semen, Improved Kienyeji chicks and piglets at very subsidised costs,” Dr. Kamau said.

How to decorate a small space or Rental.

I Am In No Rush To Turn Professional, Teen Golfer Njoroge Kibugu Says