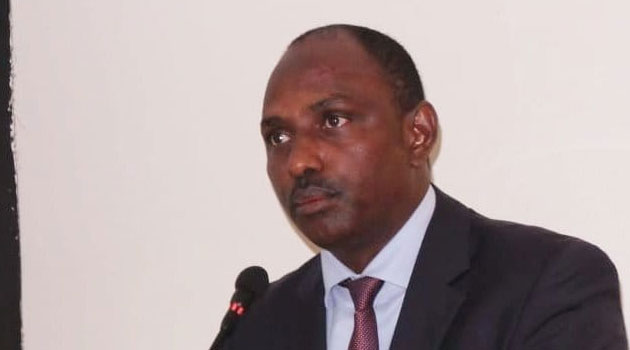 The National Treasury has moved to shut the debate on whether or not there will be money to conduct former Prime Minister Raila Odinga’s BBI referendum.

Speaking yesterday, Treasury CS Ukur Yattani confirmed that he will provide money for a referendum to implement the Building Bridges Initiative proposals.

According to Yattani, BBI is a top priority for the country and that the government cannot fail to get resources for whatever it treats as a top priority.

“All the time we have money against as many demands.”

“ We can forego some expenditure, projects or programmes,” the CS said.

While cautioning that his comments should not be confused for engaging in the raging BBI politics, Yatani said the referendum is considered as a process worth investing in.

“It is worth investing and allocating resources to.”

“Who said this is not important? In my view, it is one of the most important things,” the CS said.

“This is because we want to grow the nation rather than ethnic enclaves and political processes whose determinants are only how tribes have come together,” Yattani stated.

The CS said the BBI is a moment of reflection and stands to provide the right environment for economic growth.

He drummed up support for investing in the BBI, citing gains in institutionalizing the rights of every individual irrespective of where they come from, communities, or political alignment.

The Independent Electoral and Boundaries Commission has said the referendum will cost Sh14 billion.

But ODM leader Raila Odinga has disputed the amount and has embarked on a call for further reduction of election costs.

Deputy President William Ruto had challenged President Uhuru Kenyatta to get his priority right, first by paying the striking doctors and getting them PPEs, then dealing with the Covid-19 pandemic.

Safaricom Ranked Second Most Valuable Firm On The Continent

DJ Pinye Reveals Why He Is Single At 51