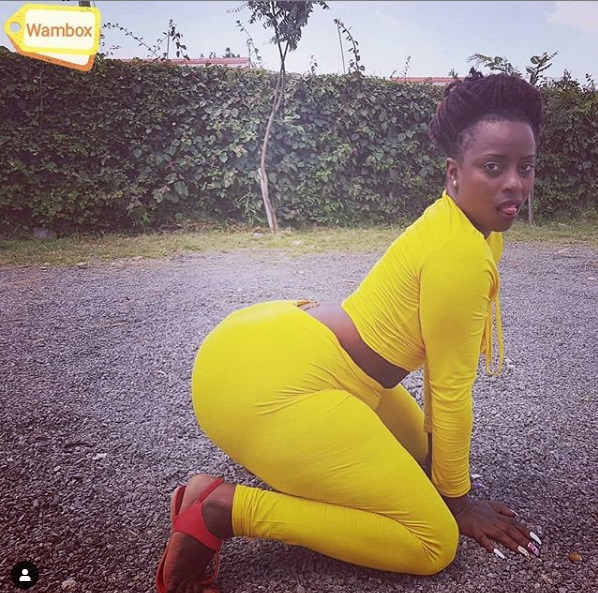 Upcoming Controversial Manzi Wa Kibra who was in Eric Omondi show Wife Materia, has disclosed that her role model is Vera Sidika.

She said that her dream is to remove tint [ bleach] go for surgery add tits and booty like Vera. Manzi Wa Kibra recently revealed she has a body count of 150 . She is just upcoming, imagine when she reaches the level of her role model. She is also a video vixen, and she opened up on the experience she has encountered as a vixen.

She stated she encountered some musicians who have been mean and treated her bad to the extent of not paying. She was wondering who will ever come to their rescue since they are having it bad in the industry.

She Wanna Slay During Delivery: Vera Sidika On Having Caesarean Section.