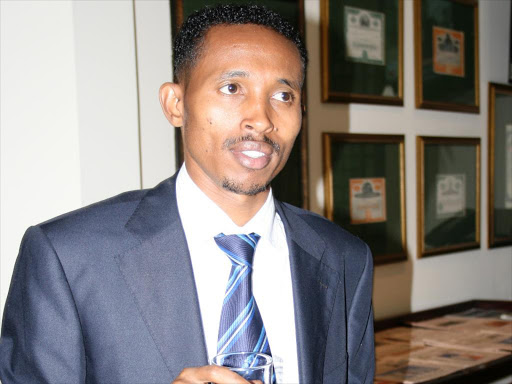 A moment of panic and fear struck the National Assembly on Thursday evening after Nyali MP Mohamed Ali carried a gun to the chambers.

No weapons are allowed in the chambers.

“Mr Speaker, I have noticed that Hon Mohamed Ali is carrying something behind his back resembling a gun. If that is true, then we are not safe,” Odhiambo said.

Members questioned how the gun slipped through the tight security protocols.

MPs are expected to deposit their guns at a safety deposit box manned by the sergeant at arms.

MP Ali said he forgot to deposit his gun as he entered the chambers. “My apologies, I forgot to leave my things outside. I am a human being.”

“Mr Speaker. Allow me to surrender,” the MP said, urging the members not to personalize the incident.

He directed sergeant at arms to be vigilant, enforce the rules – without harassing any member.

“Sergeant at arms know that it is their work to ensure nobody walks into the chamber or even at the entrance with a weapon. This must be a terrible oversight,’ Muturi said.

“Even very well-meaning members can cause harm in the heat of the moment without intending. This should not be repeated,” the lawmaker said.

Millie sought that Parliament installs gun detectors to avert such incidents, and for thorough checks for pepper sprays.

“We are all very good friends when things are not heated but when things go out of hand, we become a bit of strange behaviour. We should be protected from ourselves,” the MP said.

Parliament has had incidents of ugly fights when MPs conduct business.

In December 2014, Parliament descended into chaos as MPs exchanged blows during debate on amendments to security laws.

Opposition MPs at that time tore papers to disrupt the debate and splashed water on those who were backing the bill.

Senator Johnson Muthama’s trousers were torn after he was caught up in the fracas as the Cord team sought to lobby their members to oppose the security laws which they deemed as punitive. Four MPs were assaulted.

In December 2016, chaos erupted after opposition lawmakers tried to block discussions on the introduction of manual vote-counting for the 2017 presidential election.

Embakasi East MP Babu Owino and Starehe’s Charles Njagua were in October 2017 probed for fighting within the precincts.

Kisumu West MP Olago Aluoch said Ali was a perfect candidate for a probe by the Powers and Privileges Committee.

“If there was a proper case for referring to the Powers and Privileges committee, this is one. I kindly ask for your direction that this matter, after the admission of the member be referred to the committee.”

Nominated MP Cecily Mbarire backed Ali asking: “Other than checking for weapons, what do for the people whose mouths are worse than weapons?”

Ali defended his actions saying; “We are all human beings and at times we forget doing something. If my colleague saw that there was a problem, he should have approached me quietly, politely and tell me to surrender rather than announcing my name on TV and endangering my life.”

“The law allows a member to apply for a licence of a gun. I would have quietly surrendered the gun to the sergeant at arms.”

Speaker Justin Muturi said there was no need to escalate the conversation. “I will deal with the foul mouths here in the house, but out there we would be dealt with other people.”

Garissa Township MP Aden Duale said the MP should be given a benefit of doubt as the sittings had started late.

“It is not about the gun, let us please take care and be a role model to the rest of the country,” the former Leader of Majority said.

“These bags must also be checked thoroughly. I don’t know what the bags behind me are carrying. You (speaker) should order that these be checked as well.”

CAN A CAMPUS BOY MAKE A GOOD HUSBAND?

Woman Who Faked Pregnancy At KNH Arraigned In Court

Matatus To Carry Full Capacity As From Monday.