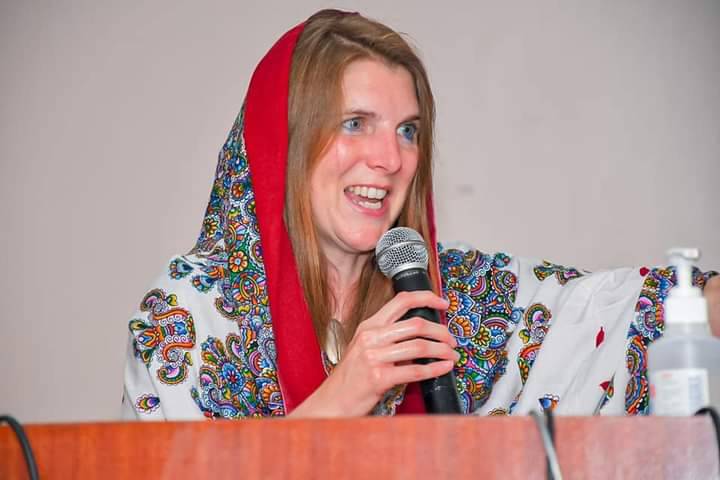 British High Commissioner Jane Marriott on Wednesday visited Garissa County in what officials said was to cement the British’s commitment to the long-term stability and development in counties bordering Somalia.

She paid her respects at the Garissa University College memorial to those who lost their lives in the April 2015 terror attack.

“The courage, resolve and positivity of students at the University in the years since the heinous attack are an inspiration to us all, they show us how communities affected by violence can rebuild for a brighter future.” she said.

The visit was part of a joint North East Taskforce, working with the Government of Kenya to tackle the drivers of instability in the region.

She also visited the upcoming Orahey Market which is being constructed with the support of the UK government under the World Bank Kenya Urban Support Programme.

The visit comes after the UK’s Secretary of State for Defence, Ben Wallace MP and Kenya’s Minister for Interior Fred Matiang’i, signed a refreshed Security Compact to strengthen fight against terrorism and promote security and stability in the region.

The UK government also supports several programs in the county including enhancing Kenya’s capacity to address criminal violence and inter-communal conflict, through the REINVENT programme, which focuses on peace building, and preventing Violence Against Women and Girls (VAWG).

It is also supporting the Garissa Cultural and Arts Centre, where women and girls engage on VAWG and CVE (Countering Violent Extremism).

The Garissa University had a history being the first higher learning institution in the region and also the dark history following the attack and these are the reasons they also visited the institutions.

“We have visited other institutions that add value in the resilience of our people and things that are going to push development to the next level because we must sustain efforts to lift our people from poverty and other challenges,” he said.

“Your coming here today has presented a very unique opportunity for our people to improve ourselves since the UK has a special relationship with the people of Garissa,” Korane said.

The governor said the intervention by UK was needed now more than ever following the national government’s move to hook the county’s seven months development budget to cater for pending bills inherited from the previous government.

“The impact of this is that most of the projects which we had started have now stalled or some are complete but we cannot take them over because we are yet to pay the contractor,” he said.

He added: “We ask you to come on board and assist us in completing these projects since they are in key areas like health and water which impact on the lives of many residents,” he said.

Korane also said the Al-Shabaab continued to pose a major security to the county with their bases just across the border.

He decried the high unemployment levels amongst the youth in Garissa which he said left them susceptible to radicalization and recruitment by the Al-Shabaab.

“We need to collaborate on programs to ensure such vulnerable youths are engaged in other ways so they don’t fall for the charms of these terrorists,” he said.

Korane said the re-opening of Garissa University after the 2015 attacks where 147 people perished was testament to the resilience of the people of Garissa not to be cowed by the terror of the Al-Shabaab.

Various departmental heads made presentations on county achievements and priorities and each department proposed partnership programs where the UK government can support.

Governor Korane and the High Commissioner were in the company of Charles Sunkuli – PS State Department of Devolution, Hon Abdul Bahari Ali, CAS Devolution and ASAL among other technocrats from the UK Embassy.

Azimio Will Win In First Round, Atwoli Claims