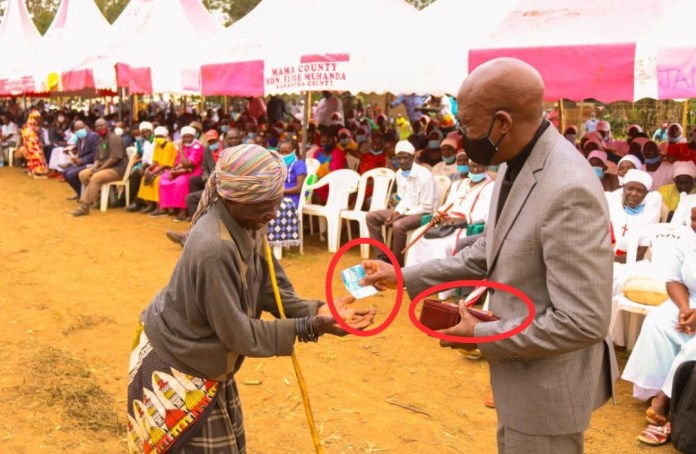 Khalwale posted a photo dishing out Ksh 200 to the elderly woman whom he claims emerged from the blues during a public function when he was addressing the public to come and say hello.

“Zoom in and see the wallet has several 1000 currency notes, but his madharau can’t allow him to give anything substantial to that poor old lady. Imagine that!”, Muokatene Ken reacted.

“200 sh only is what you can give that woman then take a photo to brag on Twitter…….she’s not your admirer the old woman is just trying to survive (handout) like any other ordinary Kenyan,” another twitter used reacted.

Here are different reactions after the ‘bull-fighter’ posted the photo.

Survey: Most People In Nyanza, Western Believe Kenya Is Headed In The Wrong Direction