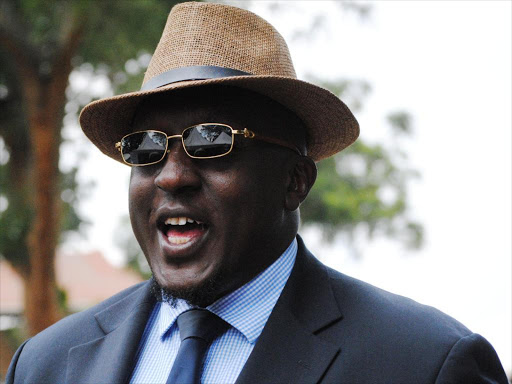 Speaking to comedian Felix Odiwuor (Jalang’o) on his YouTube show yesterday, Big Ted opened up about going bankrupt in 2017, while still working at the House on the Hill.

He stated that his company, Main Events, had incurred a Ksh 15 million debt due to financial mismanagement.

“In my life, I have been bankrupt twice, the latest being three years ago… I was bankrupt while working at the State House,” Big Ted began.

He noted that he had the opportunity to involve himself in unscrupulous deals, but decided to go clean and honour God.

“There are two kinds of people, those who believe that they will work and God will honour them, they look very stupid to everybody, and then there are people who look like they are working, but they are not working.

“I had the opportunity to do wash wash, to do crazy deals even while at State House, but I didn’t,” he stated.

The entertainment guru would only be saved from his misery when a lady offered to buy his company, including settling the Ksh15 million debt.

“I will never forget what she told me that day when I left the office.”

“She said, Ted, if we agree today, then nobody you owe money will call you again.”

“I left that place with nothing, but I left free.”

“God gave me another chance,” he added.

Big Ted played a leading role in mobilising the youth to rally behind President Uhuru Kenyatta and Deputy President William Ruto during their campaigns.

“I have made mistakes, with my life, family, social and spiritual life.”