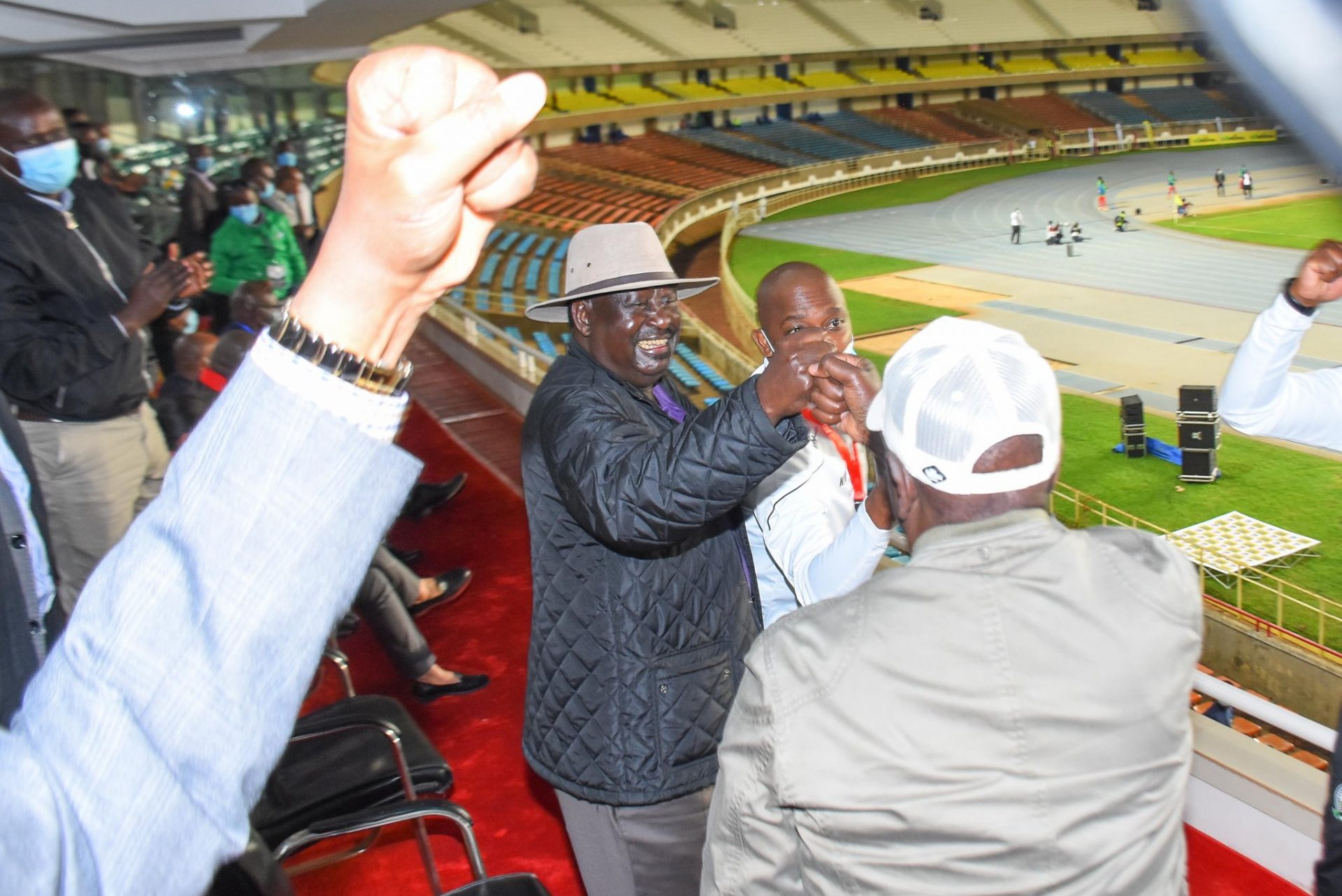 William Ruto and Raila Odinga have been at logger heads for a while now. The two cannot see eye to eye, when it comes to the Building Bridges Initiative (B.B.I.). But for national pride and for the sake of the game, the hustler nation and the reggae lovers came together to support Team Kenya.

Although Ruto was a no show at the national COVID 19 conference on Monday. He was able to find time for a football match at Kasarani Stadium. Raila Odinga, a well-known lover of the game, once tweeted, “major sporting events remain a source of wholesome entertainment and bring Kenyans together patriotically…”

A similar scene was equally witnessed when the duo were at Nyayo Stadium during the Kip Keino Classic preferring to bury their hitherto political hatchets, even if its for the sake of the beautiful game. It is the lovely game of football that brought these two together, Maybe B.B.I. should be called football.

Surprisingly, with a home ground advantage, the Stars did not shine. As the game finished at a 1 all draw. Kenya missed several chances to score a winning goal, after Comoros was given a red card and forced to play with 10 men.

At the end of the match, The Deputy President had a little gift to light up the stars. He gave them ksh1 million as motivational token of appreciation for the draw. On twitter, Raila faced ridicule for not giving anything, except for his love, support and patriotism.