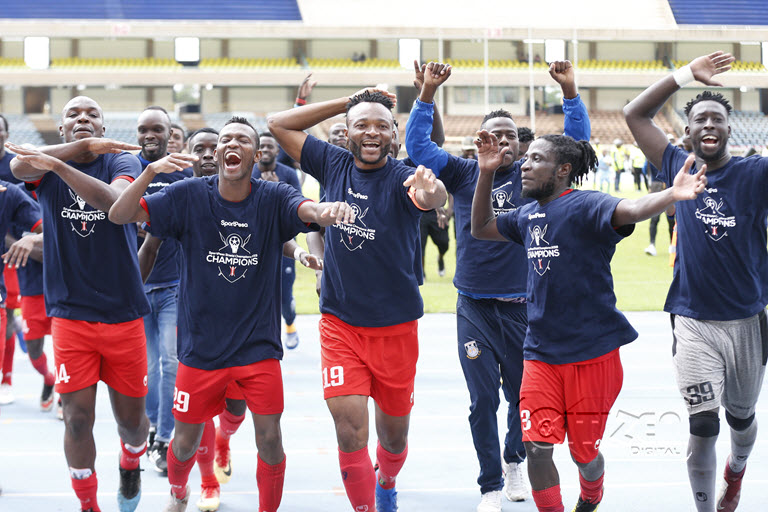 Bandari out to defend FKF Cup

Holders Bandari FC have set their sights on returning to continental football as the Football Kenya Federation FKF Cup gets underway this weekend.

Bandari who won the 2019 edition of the tournament after beating Kariobangi Sharks were a win away from qualifying to the group stages of the CAF Confederations Cup and have recapitulated their desire to claim this year’s title and make their way back to continental scene.

According to Bandari team manager Albert Ogari, the goal is to win every match with a view of retaining the crown.

They begin their Cup quest against National Super League side Muranga Seals on Sunday as Mombasa based FC Shells, whom they beat Tuesday 2-1 in a friendly match on Tuesday play host to Fortune Sacco at Mbaraki grounds on Saturday.

“We know that this is the easiest way to continentals so we will be in full force hunting for the ticket,” said Ogari.

He added, “We will leave Mombasa on Thursday with our full squad. There are no injury concerns from our previous match.”

Round of 64 will kick off on Saturday with 18 matches while a further 13 are lined up for Sunday.

Meanwhile Gor Mahia’s match against Congo Boys is the only postponed game with K’Ogalo having a CAF assignment against Napsa Stars on Sunday in Nairobi before travelling for the return leg in Zambia.

The FKF Cup was halted last year due to the pandemic.

Newcastle Set To Have Wealthiest Owners In World Football