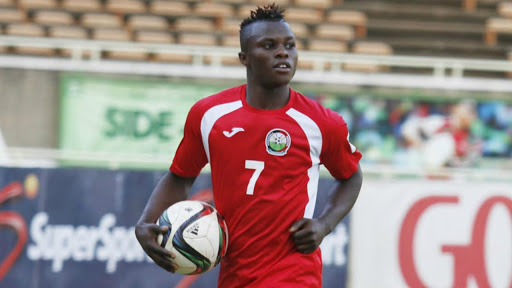 Harambee Stars winger Ayub Timbe has intimated that he will join a new club in January 2021 after four months without a club.

Timbe last club was with English Championship side Reading FC where he was on a six months loan deal from Chinese side Beijing Renhe.

Timbe had joined Reading in January 2020 and was expected to leave the club in June but his stay in England was extended by another two months following the disruptions brought about by Covid-19 outbreak.

But Timbe seems to have found a new home, with the player taking to Instagram with an encrypted messege where he told his fans that he couldn’t wait ‘for the next ten days’ as something was loading.

There has been a lot of speculation s sorrounding the player’s future with reports indicating that the player would fancy a return to Europe with Belgium being his possible destination.

Others have claimed that the player might move to the UAE or remain in China as both countries are his viable options if he is to be paid the same amounts he collected while at Renhe.

Mohammed Salah is unhappy at Liverpool