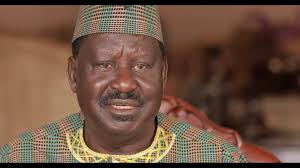 The African Union  (AU) Envoy for Infrastructure condemned police brutality that has led to the loss of life and asked the perpetrators to be brought to book.

“The brutality meted on protesting civilians is a sad reminder of how precarious and threatened Africa’s march towards democratization, respect for rights and freedoms and the rule of law remains.

“There can be no excuse for that amount of brutality on unarmed civilians protesting misconduct on the part of the police,” stated Raila.

He further called on the AU to carry out investigations on the incident which has lasted for days.

“I, therefore, wish to call upon the African Union and Nigerian authorities to investigate the violence and murders that have gone on and hold the perpetrators to account.

“Africa and its institutions must stand up for and condemn the brutalization of its citizens at home with the same energy and vigour it responds to the violations of its citizens abroad,” he added.

Human rights group Amnesty International are also concerned that several people have been killed in the protests while Lagos State Governor also claims that only one person is reported died with 25 others sustaining injuries.

Nigerians have been taking to the streets demanding that the Special Anti-Robbery Squad (SARS) be disbanded.

They accused the unit of robbing, torturing, and even killing young men.

Kenyans travelling to the UK now exempted from mandatory quarantine