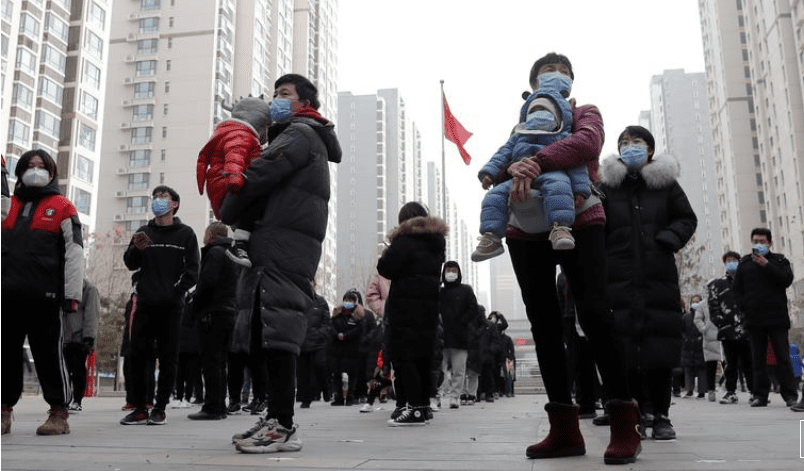 Another Chinese city goes into lockdown amid new COVID-19 threat

China imposed new coronavirus curbs in areas near Beijing on Tuesday, putting 4.9 million people in Langfang city under lockdown as new infections raised worries about a second wave in a country that has mostly contained the disease.

The number of new cases in mainland China reported on Tuesday almost halved from a day earlier and remained a small fraction of those seen at the height of the outbreak in early 2020. However, authorities are implementing strict curbs whenever new cases emerge.

The National Health Commission reported 55 new COVID-19 cases on Tuesday, down from 103 a day earlier. Hebei province, which surrounds Beijing, accounted for 40 of the 42 locally transmitted infections, with the capital and northeastern Heilongjiang province reporting one local case each.

In a village in the south of Beijing that shares a border with Hebei, residents were stopping vehicles on Tuesday and asking to see health-tracking codes on mobile phones.

“We have to be careful as we’re near Guan, where COVID cases were reported today,” said a volunteer security officer surnamed Wang, referring to a Hebei province county bordering Beijing.

At a highway checkpoint near Beijing’s border with Hebei, police in protective gowns ordered a car entering Beijing to return to Hebei after the driver was unable to show proof of a negative COVID-19 test.

China’s state planning agency said it expected population flows during next month’s Lunar New Year period to be “markedly less” than in normal years, with a bigger share of people choosing cars over other transport. Many provinces have issued notices urging workers to stay put for the festival.

Langfang, southeast of Beijing, said its 4.9 million residents would be put under home quarantine for seven days and would be subject to mass COVID-19 testing.

Also on Tuesday, China said a World Health Organization team investigating the origin of the coronavirus would arrive on Thursday in the city of Wuhan, where the virus emerged in late 2019, after a delay that Beijing has called a “misunderstanding”.

Shijiazhuang, Hebei’s capital, has been hardest hit in the latest surge in infections and has placed its 11 million people under lockdown. The province has shut sections of highway and is ordering vehicles registered to Shijiazhuang to turn back.

A new guideline issued by the Beijing Center for Disease Prevention and Control recommended that taxi and ride-hailing operators suspend car-pooling services, and that drivers should get weekly nucleic acid tests and be vaccinated in order to work, the ruling Communist Party-backed Beijing Daily reported.

As of Jan. 9, China had administered more than 9 million vaccine doses.

The city of Changchun in neighbouring Jilin province reported seven new asymptomatic patients on Jan. 11, four of whom had travelled from Wangkui recently, and placed their residential compounds under lockdown, preventing people from leaving.

Across China, the number of new asymptomatic cases rose to 81 from 76 the previous day.

The total number of confirmed COVID-19 cases reported in mainland China stands at 87,591, while the death toll unchanged at 4,634.