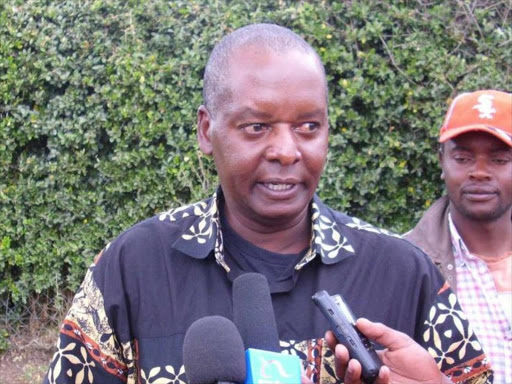 Deputy President William Ruto has sent chills down the spine of President Uhuru Kenyatta’s camp, after his allies in the National Assembly, launched an onslaught against the Leader of Majority, Amos Kimunya.

The Tanga Tanga legislators have vowed to stop at nothing to impeach Kimunya, who is less than a year old in the position that he took over from Garissa Township MP, Aden Duale.

According to reports, some 189 MPs largely drawn from Tanga Tanga faction left the 12th Parliament’s WhatsApp group in defiance of the Kipipiri MP, who is the admin, and created a new one for their new course.

Nominated MP David Sankok also took to his Facebook page to announce an impeachment of a “dictator” is looming once recess is over.

“An impeachment motion against a dictator in the National Assembly leadership is loading,” he said.

According to Isiolo woman representative, Jehema Jaldesa, Kimunya was dividing the House and had lost the trust of many lawmakers due to biased distribution of Christmas tokens.