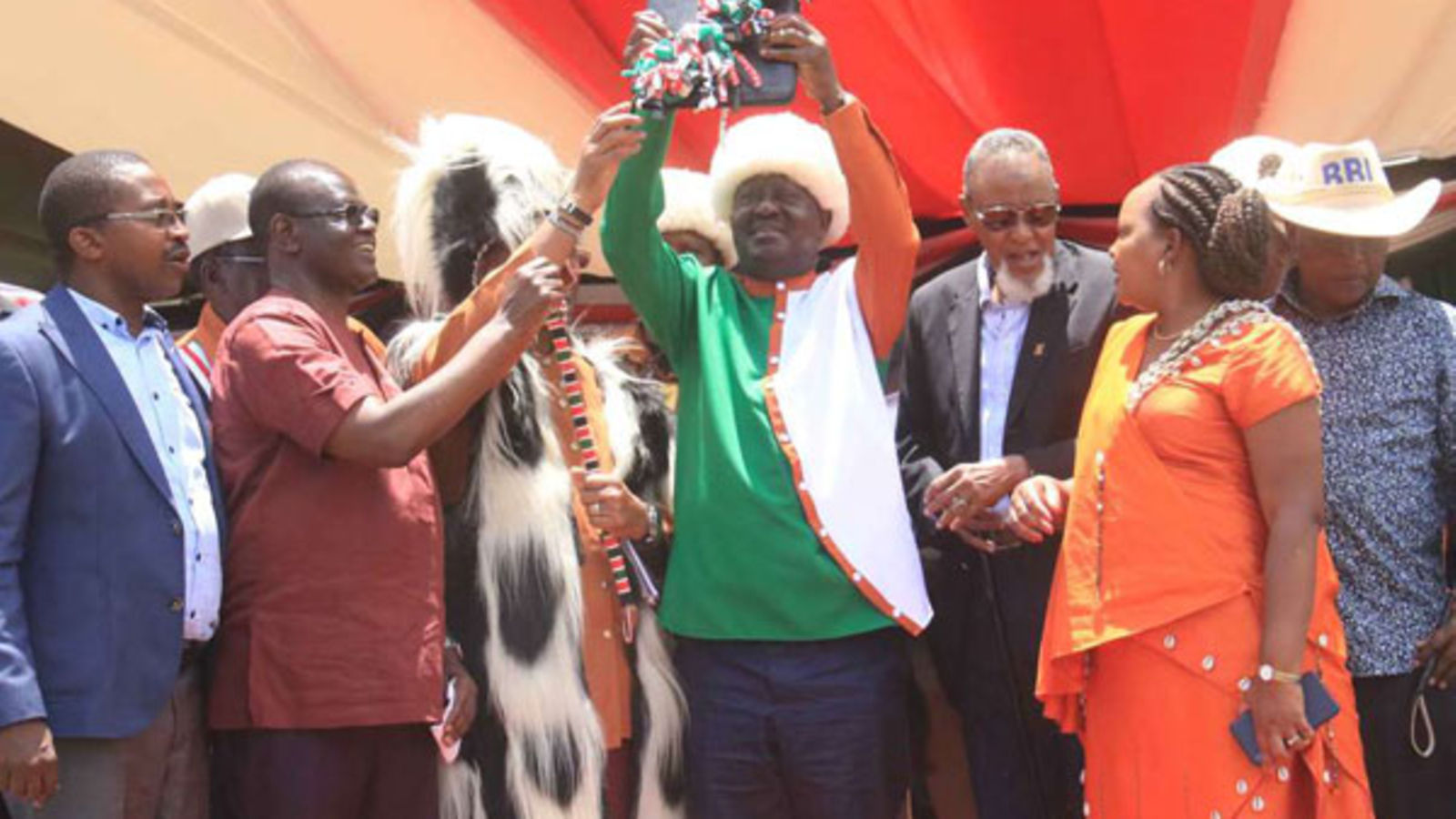 In what portends a major referendum division in Eastern region, 16 legislators boycotted the BBI signature collection drive on Monday in Chuka town, infuriating leaders who attended.

The MPs from Meru, Tharaka Nithi, and Embu counties, who are mostly allied to Deputy President William Ruto, snubbed the meeting attended by area governors and Agriculture CS Peter Munya.

Only Imenti North MP Rahim Dawood and his Igembe North counterpart Maoka Maore attended the launch. The three counties have targeted to collect 336,000 signatures by Wednesday to endorse the BBI referendum.

Those conspicuously absent in the meeting without apology included Meru Senator Mithika Linturi, his Tharaka Nithi counterpart Kithure Kindiki, Meru Woman Rep Kawira Mwangaza, Embu Woman Rep Jane Wanjuki, and all the other MPs other than Dawood and Maore.

Senior government officials among them county commissioners, PSs, CASs and parastatal heads from the region attended.

Munya, Kiraitu, Njuki and Wambora accused MPs, senators and woman reps from the region of following an individual instead of following their conscience in deciding n whether to support the document or not.

Speakers wondered why the lawmakers were still opposed the document despite the amendments they called for being considered.

Munya said the opposition by the politicians was inconsequential as they have no support at the grassroots.

He said the BBI process will ensure equity in allocation of resources from the national government to the grassroots, even if future leaders turn out to be nepotistic, tribalistic or clanist.

Njuki said the report is a “buffet” with various benefits for everyone.

Wambora said all Mt Kenya East leaders should unite and work together to ensure they benefit from the national cake as their disunity has in the past worked against them.

He said Mt Kenya East has not been getting enough senior government appointments in proportion to their population and BBI offers a remedy to that.

Kiraitu said anybody opposed to the BBI report is unwise. He said BBI will enable all Kenyans to benefit from resources equitably even if they get bad leaders in the future as allocation of resources is well defined.

Kivuti  said  area leaders should demonstrate unity of purpose to solve their problems.

He said he has been trying to unite warring parties among leaders of the three counties for the benefit of all.